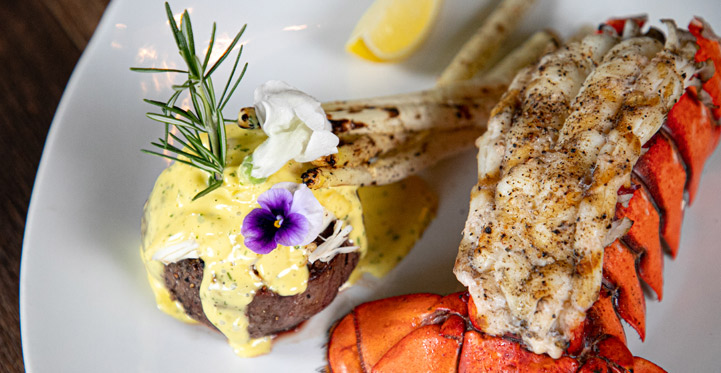 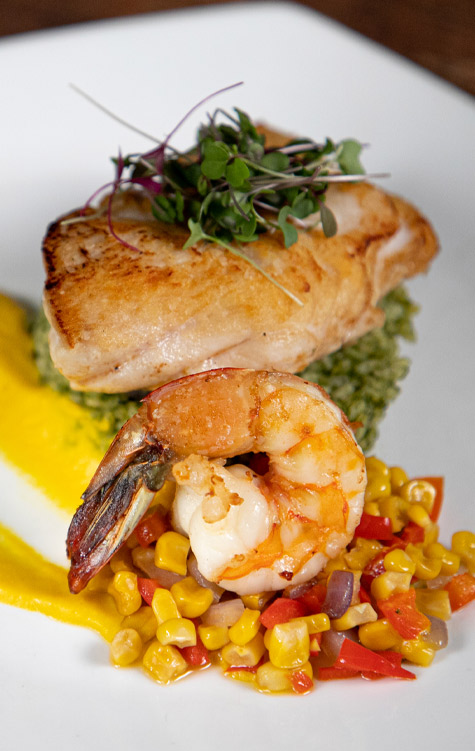 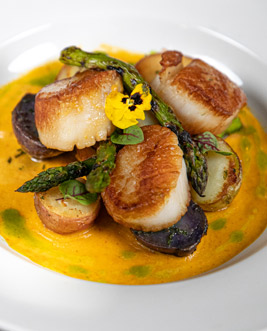 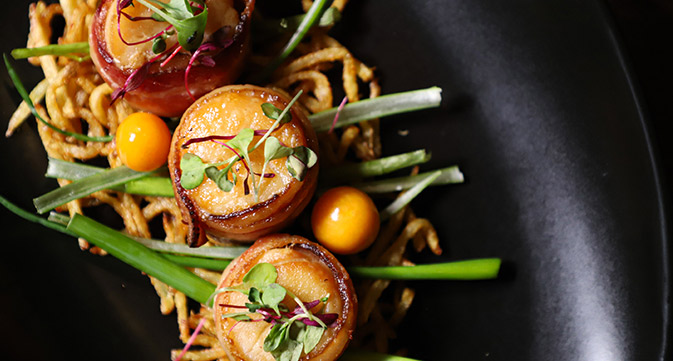 Delectable cuisine can only be achieved by putting the freshest ingredients into each recipe. Created by our Executive Chef, our menu offers both domestic and international fare.

Chef Bobby Missinelli is renowned for his culinary skills and high standards. He has established himself as one of the most awarded, and critically acclaimed chefs in coastal Carolina.  Now celebrating his second year at Thoroughbreds, Chef came to Myrtle Beach via years on Nantucket, and Upstate New York where he developed his culinary skills under numerous ACF, and Michelin-star awarded chefs.  Bobby is a top of his class graduate of Rouxbe Culinary School, and earned the Certified Executive Chef designation from the American Culinary Federation in 2016.  In 2018 he was awarded “best new chef” award for the Cape Cod/Islands region in Massachusetts.  In 2019, Chef Missinelli won his first Chaine Des Rotisseurs Award for Culinary Excellence for his Paris-themed menu at the Nantucket Food and Wine Festival.  It was the first of three such awards (Sarasota, and Myrtle Beach), earning him the distinction of being the only chef in South Carolina to earn three such awards.  In 2019, upon nomination from his peers, Chef Missinelli was awarded a Best Chef America award for New England.

We modify our menu multiple times per year to capitalize on current market trends. This also allows us the opportunity to utilize local ingredients dependent upon the season. Our kitchen is equipped with the latest advances in culinary technology. With an educated team of professional chefs from across the nation, our diverse menu is sure to satisfy even the most refined palates.

Boasting six unique dining rooms and two fully stocked bars, Thoroughbreds creates an ambiance unmatched by any other restaurant in Myrtle Beach. Each room has its own vibe, character, and history. With subtle lighting, warm earthy tones, and a fireplace around every corner, it’s no surprise why Thoroughbreds has been voted Myrtle Beach’s Best Fine Dining Restaurant by multiple publications.

Be On The Inside

Enter your email address below to sign-up for our monthly newsletter!